Finland offers taste of the future of food

Solein, the protein whipped up from thin air by Finland’s Solar Foods, can be used to concoct a variety of dishes.

Finnish organisations are working on various food-related innovations – from sustainable protein production and large-scale production of algae to providing culinary experiences beyond the most densely populated urban areas.

Solar Foods and Danske Bank Growth in May announced they have agreed on an export credit facility worth 15 million euros for the former’s first production facility, Factory 01. The facility is guaranteed by Finnvera and Denmark’s Export Credit Agency.

The 35 million-euro facility is to start producing Solein, the single-cell protein developed and registered by Solar Foods, in Vantaa in 2023. It will feature technology that promises to disengage protein production from land, plants, animals and weather conditions, enabling production in conditions as unfathomable as deserts and outer space.

“Our facility will produce sustainable protein but does not require huge areas of land – the availability of capital on reasonable terms is considerably more important,” said Pasi Vainikka, CEO of Solar Foods.

It will also serve as a platform for scaling up production, allowing investors, financial institutions and other stakeholders to learn about the new production technology, the startup envisions.

Teppo Havo, head of Nordics at Danske Bank Growth, said Solar Foods stood out from other startups in the space due to its global potential and measurable environmental impacts. “The company is an excellent example of a business which can significantly reduce the environmental impact of food production,” he stated.

Meanwhile, Meeat Food Tech, an Espoo-based producer of plant-based protein products, in May reported that it has closed an eight million-euro funding round backed by investors such as Switzerland’s Emerald Technology Ventures, Finnish Industry Investment (Tesi) and KVKI Capital.

Meeat has a range of plant-based products made from fermented fava beans, pea protein and wheat that including burger, sausages and sauces. Image: Emerald Technology Ventures

The startup said it intends to use the funding to strengthen its position in the plant protein market, accelerate its global targets and expand to markets such as Denmark, Germany and Benelux.

Concerns over health and global warming have continued to drive up consumer interest in plant proteins in and outside Finland. Jan-Patrick Haikkola, investment manager at Tesi, said Meeat fits well into the portfolio of the state-owned investor as a startup offering a concrete way to reduce emissions from global food production.

“The Meeat team has [done] excellent work, and we want to contribute to accelerating its growth together with other investors,” he told.

Huuva, a Helsinki-based startup on a mission to deliver restaurant food beyond downtown areas, has pocketed 4.9 million euros in a funding round led by General Catalyst, with participation from Lifeline Ventures, Laurel Bowden and Ilkka Paananen.

The funding will enable the startup to increase its headcount by over 100 and ratchet up its expansion in Central Europe.

Huuva has set up six so-called ghost kitchens around the capital city of Finland. Each of the kitchens offers chefs an opportunity to concoct dishes from the menus of three to six well-known restaurants and consumers to mix and match dishes from different restaurants in a single order. The kitchens are located in such a way that enables delivery couriers to serve previously underserved neighbourhoods in the region.

Serving further-off neighbourhoods has been a challenge for food couriers during the home delivery boom kindled by the coronavirus pandemic. Image: Mart Productions / Pexels

The startup has already signed franchising contracts with some of the most mouth-watering restaurants in Finland, including Green Hippo, Pupu and Via Tribunali.

“We believe that the trendiest, most popular restaurants shouldn’t be the privilege of city centres or certain hot spots – and that the neighbourhoods in the city outskirts should have other high-quality options than the average multinational restaurant chains,” stated Ville Leppälä, CEO of Huuva.

The objective is to increase the number of kitchens to 20 and expand to Germany.

VTT sets out to unleash algae

VTT Technical Research Centre of Finland in June revealed it is coordinating a two-year research project with the aim of eliminating some of the bottlenecks in the large-scale cultivation of algae, a promising feedstock for products including fuel, food and materials. Algae have great potential to support efforts to mitigate climate change as they can bind large amounts of carbon as they grow – so much so that carbon can make up 50 per cent of their biomass.

The Business Finland-funded project also involves seven small and medium enterprises in Finland, Neste and the University of Jyväskylä.

The bottlenecks tackled in the project include contamination monitoring by means of modelling, advanced measurement technology, bioprocess engineering, machine learning and synthetic biology. The development of a non-invasive monitoring method will be led by the spectral imaging laboratory of the University of Jyväskylä.

“Our aim is to develop intensification methods for large-scale algal cultivation. Innovative measurement and monitoring technologies will help us to move towards efficient and economically feasibly production.”

SuperGround can produce up to 30 per cent more poultry-based foods from one chicken compared to existing methods. Image: SuperGround

An additional Finnish innovation that is helping to reduce our collective impact on the environment is SuperGround. This company’s food production line technology produces up to 30 per cent more poultry-based food from one chicken, utilising leftover bones via an extrusion method.

“Our food production line technology enables the food industry to instantly produce well-known poultry-based foods more efficiently and sustainably, without major investment or an increase in production costs,” said Tuomas Koskinen, chairman of the board of SuperGround and one of the investors in the company. “This, therefore, makes it easier for consumers to make more sustainable daily food choices without the need to change their dietary habits or spend more on sustainable alternatives.” 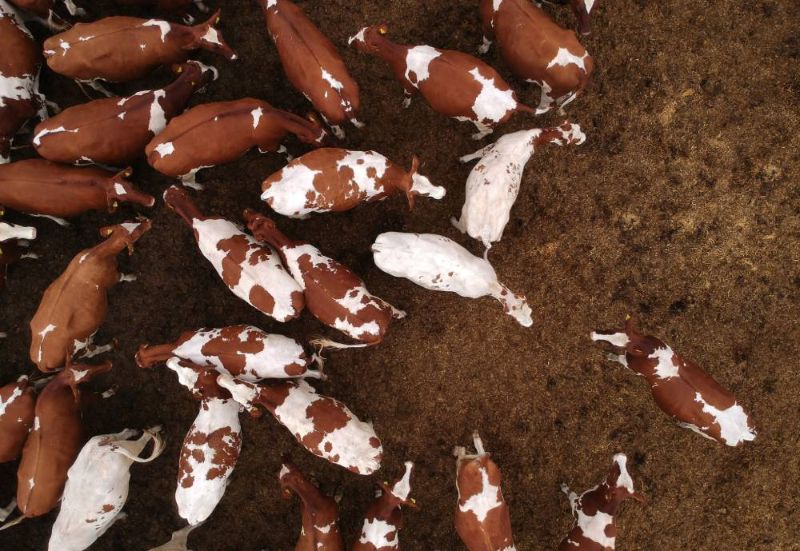 Some view that the key to sustaining the global food system is re-thinking the relationship between food production and land use – that is, producing fat, protein and carbohydrate while putting as little stress on land as possible.

Food production in total is responsible for a third of all human-induced planet-heating emissions. With meat production causing twice as much pollution as plant-based food production, the need for both a shift in dietary habits and innovative methods to produce nutrients from non-animal sources appears self-evident.

Finland is well-positioned to lead the way, according to a column penned by Csaba Jansik and Anu Kaukovirta of Natural Resources Institute Finland (Luke).