Finland’s startup scene was just about to celebrate attracting its greatest VC funding figures ever. Then the pandemic hit, changing the playing field in unprecedented ways.

The “most attractive startup scene in Europe” has come a long way from the previous economic downturn. But how many punches can it take and live to tell the tale amid the COVID-19 pandemic?

On 27 September 2008, Ville Vesterinen was enjoying some much needed rest after an intense week of planning a novel startup event for the end of the year. An idea conceived by Vesterinen, Peter Vesterbacka, Kai Lemmetty and Helene Auramo, the event was to be “for startups by startups or nothing”.

On the other side of the pond, it was a week where decades happened, as the US government scrambled to offset the Great Recession that would cripple the global economy for the following half-decade, leaving momentous social consequences in its wake. Back in Finland, the eruption of the seemingly once-in-a-lifetime financial crisis created fertile ground for learning and change.

Vesterinen’s event, named Slush by Vesterbacka, blossomed in the misery that is November in Finland. The fertile ground was made up of the vibrant student community of the newly formed Aalto University and the burgeoning tech scene, rife with freshly laid-off ex-Nokians. Growing into the biggest startup event in the Nordics, Slush became the epitome of Finland’s march into high-tech stardom in the 2010s, a decade which ended with record-breaking investments in the startup scene after a fivefold increase from its start.

Something borrowed, something new

Over 4220 days, or 46 business quarters, after the birth of Slush, the global markets were once again in free fall, this time due to the coronavirus pandemic. As the risks piled up to the point of endangering the existence of the whole movement, its management made the hard decision to cancel the 2020 event.

“Slush was founded in the aftermath of the Great Recession on a single mission: to help founders to change the world,” says Miika Huttunen, the current CEO of Slush. “The ways of executing that mission might change, but it will always be our purpose.”

And so, the organisation pledged to refocus its operations to helping the startup community on a full-time basis, rather than just for the event’s two-day duration, and rolled up its sleeves to help to ease the existential crisis that many were faced with.

Currently, the Slush team is busy preparing the schematics of this approach, due to be announced by the autumn. In the meantime, the day-to-day operations will keep startups busy throughout the summer.

“Startups will now have to carefully assess their runways to be able to make the right, and possibly tough, decisions. For many, it’s time to cut the slack and focus on the core stuff,” Huttunen states.

However, success in the new pandemic era its not just about hard business numbers. In the startup scene today, the best solutions also require the best talent, and the best talent appreciate a human-centric culture and values.

“One of the most important things for leadership is empathy. Company missions, values and cultures will be tested, and this period can also be a source for renewal,” envisions Huttunen.

Some high-profile scale-ups like food delivery platform Wolt were well positioned to absorb the crisis. Whilst the delivery of restaurant food remains its core business, the company had steadily diversified its offering in recent years in a move that held it in good stead as retailers increasingly started to seek ways to reach their isolation-bound customers.

The company has been able to strengthen its global reach in a lucrative market that is estimated to grow tenfold to 350 billion dollars by 2030. Its potential in this new playing field has not gone unnoticed: in May, it raised 100 million euros in additional funding from existing investors.

“Without the global crisis and possible recession ahead, we would not have been doing a round, but it’s our responsibility to do everything we can to be there for our employees and partners,” stated CEO Miki Kuusi, who himself was formerly at the helm of Slush.

The pandemic will continue to have tragic consequences for many, but it will also cultivate fertile ground for new ideas. While scale-ups like Wolt and sectors like healthtech, software and gaming are going on the offensive, there are many startups that have had to rally around their core functions or pivot to survive.

It could be argued, quite convincingly, that the word Zoom had little resonance before March of this year. The switch to teleworking spurred by the pandemic saw the reality of in-person meetings fast become a distant memory. The event industry wasn’t so lucky. Swarms of happenings around the world – from the Mobile World Congress in Barcelona to the Tokyo Olympics and even the Eurovision Song Contest – couldn’t survive in 2020.

For an industry worth approximately 1.1 trillion US dollars annually, it has been faced with a perplexing question: How much of this can we really do digitally?

If you ask networking platform Brella, the answer is all of it. In March, the high-rolling matchmaking tool provider hit a brick wall. It began to haemorrhage clients and, for the first time in its history, had no sales in its books.

“We ended up having zero sales in March,” recalls the company’s chief marketing officer, Claudio Camacho.

The frantic month also saw the US, Brella’s primary market, instate a travel ban and Europe begin to lock down with restrictions on movement and instructions on social distancing.

“Effectively, events became illegal; we couldn’t sell our product. We had to either come up with something new to help the struggling industry or just watch our clients perish and us eventually with them.”

What followed was an intense four-week pivot phase where the startup developed its classic matchmaking product into an all-in-one event platform.

“The new product enables event organisers to bring their whole event online with the help of virtual meetings using our own technology, live streaming or pre-recorded videos of speakers and multiple parallel sessions, as you’d have at a physical event.”

Rather than just a solution to weather the storm, the pivot offers a new normal to the industry and a refined identity to Brella.

“We went back-to-back record-high sales in April and May.”

With roughly 10 million annual events organised globally and a projected increase to 2.3 trillion US dollars by 2026, the events industry is in the midst of some serious soul-searching.

Although events can be held virtually, how many of them will emigrate permanently online in the post-pandemic world?

“Well, that is the billion-dollar question, isn’t it? The company that figures it out will prevail. I think we will see change, but not in a wholesale type of way,” Camacho says.

“I would suggest that perhaps 10 per cent of all events will be hybrid events in the future.”

For a great many, the coronavirus came completely out of left field, a bewildering existential crisis that upended the apple cart and transformed the playing field seemingly overnight. On the other hand, others recognise the pandemic, not as a black swan, but as something that we saw coming and largely chose to ignore. For them the resemblance to the challenges of effective climate action is undeniable.

“The world is drowning in shit,” says Jonne Hellgren, CEO at RePack. “The crisis has shown that the world is a very fragile place and that we can’t continue to pig out on it.”

RePack’s focus is on providing a sustainable customer experience and generating new sales leads for the client. Image: RePack

With ecological sustainability taking on a new resonance, RePack’s novel business idea falls neatly into the framework of circular economy: customers of online commerce giants such as Zalando, Ganni, Otto and Chibo pay an additional fee upon checkout to cover the packaging cost of the their order. This fee is reimbursed once they place the used packaging into a postbox anywhere in the world.

The yellow reusable packaging has the potential to become a global staple of sustainable e-commerce and is, in fact, the only such solution out there. The pandemic has increased RePack’s revenues but also hit the brakes on new clients and funding.

“We launched a funding round in February, before COVID-19 had actualised and, well, to no-one’s surprise it hasn’t been much of a success amid the ongoing crisis,” chuckles Hellgren. “But if this is the new normal for e-commerce volumes, we’ll be in a pretty good position to succeed.”

World-class solutions are hard to ignore

Back at Slush, the wheels have already commenced turning in its quest to assist the local startup scene. The first step was releasing the results of a survey of the local scene in COVID-19 times.

“Our preliminary surveys suggest a 30 to 40-per cent drop in startup valuations,” states Tommi Bergström, head of insights and strategy at Slush. “It depends on how you look at it: some say a reboot has been necessary for quite some time now and others focus on the acute economic consequences for entrepreneurs and founders whose company shares are likely to drop.”

Even in the midst of the pandemic, startup hubs such as Maria01 in Helsinki continue to be important breeding grounds for big ideas. Image: Maria01

One thing that many companies will clearly need to survive – and fast – is new funding. Without fresh capital, 50 per cent of all startups are forecast to have an expiry date of six months. In order to stay afloat, nearly half of the companies surveyed are expecting to raise a smaller round in 2020 than planned. Most aren’t giving up without a fight: of these, only eight per cent have halted fundraising altogether.

When it comes to venture capital- and private equity-backed companies, however, the numbers exhibit more resilience: 85 per cent of these are wholly or partially able to meet their financing needs for the following year. And, most importantly, VCs’ eyes remain open even in these unprecedented times.

“The role of VCs is to back founders with bold visions, building category-defining companies and taking high risks,” outlined Timo Ahopelto, founding partner at Lifeline Ventures. “This thesis remains largely unchanged in crisis: building a great company takes time and years later a crisis like this will look like a speed bump on any successful startup’s path. For entrepreneurs, the crisis provides new opportunities and focuses on what’s most essential: building great companies.”

According to research launched in June by the Slush insights team, future world-class startups from Finland will need to resonate with three entrepreneurial narratives: diversity, purpose-drivenness and collaboration.

“I think there’s a real possibility for Finland to emerge as a thought-leader or an advocate of these trends. We have everything needed for that,” Bergström states. 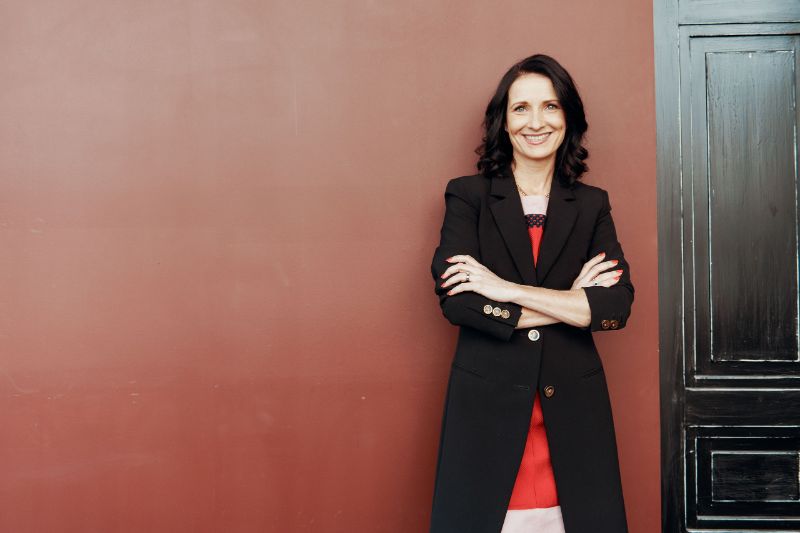 Finnish startups and early-stage growth companies pulled in 511 million euros in 2019. Of this amount, 113 million came from Finnish and 180 million from foreign venture capital investors. These numbers allowed the Finnish ecosystem to renew its position as the most attractive venture capital investment target per capita.

This newfound maturity holds the local scene in good stead for weathering the current storm.

“Starting from 17 June, we will also have a new public-private partnership Venture Bridge funding programme to support Finnish startups to overcome the COVID-19 situation,” commented Pia Santavirta, managing director of FVCA. “With investors and, for example, the world’s leading startup event organiser, Slush, and the Nordics’ biggest and ever-expanding startup hub, Maria 01, at the service of the startups, we will overcome the effects of the crisis.”